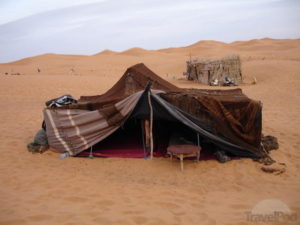 The tentmaking principle is critical today with a growing number of countries becoming either restricted or closed towards conventional missions. Tentmakers find that taking on a vocation in these countries would open opportunities for them to contribute to the welfare and needs of these countries and also to serve Christ through their occupations. The doors for traditional missionaries are closed in most countries but the doors for Tentmakers are opened more widely everywhere. A missionary leader has said and I agree that: Only one out of every ten young ones who respond to altar call for missionary service eventually gets enlisted in missionary work.

In the developing world today, unstable financial support is one of the reasons for high rate of missionary attrition. It is becoming crystal clear that government of the third world cannot meet the needs of the populace. Could this be an opportunity for Tentmakers? (AMC) There are thousands and millions of under-utilized Christians in our Churches today who may be wondering how God could use their skill or profession to more directly spread His kingdom in the world. They don’t have to be out of the marketplace to participate in the mission of God. This paper is to provide them their own challenging and rewarding opportunities for a lifetime of service to the Lord in the fulfilment of our Missions mandate.

What is Tentmaking? /Who is a Tentmaker?

A Tentmaker is simply a Christian Professional, Business Man/Woman or Artisan who supports him/herself in order to reach a people of different culture with the Gospel by integrating work and witness. They are Great Commission Christians who use their business or employment to further the work of Evangelism, Church Planting or other Kingdom Services.

Tentmakers are missions-committed Christians who work in secular jobs in order to reach another people group. They are particularly suited to countries that are closed to religious professionals. They are supposed to have all the spiritual depth and scriptural knowledge of a traditional missionary, but serves vocationally in another professional capacity either as engineers, doctors, lecturers, businessmen/women etc. Their witness flows from the natural network of contacts which occur on the job.

Tentmaking in cross-cultural mission is undertaken by Christians whose presence in another culture is secured by their workplace identity and whose intention is to act to share the Gospel in that setting. A tentmaker joins God in what he is already doing in another country. Rather than focusing on expanding his institutional church or denominational structure, he is intent on influencing others towards God.

The term originates from the New Testament, especially in Acts 18:1-4 where Paul was introduced as a tentmaker – one who makes tent as an occupation.

In Paul’s situation, his tentmaking was related to his financial support. From this, the term “tentmaker” is used for a Christian who supports himself through his vocation while he serves Christ on the mission field. Paul finds employment and fellowship in making and selling tent on the mission field as he preaches the Gospel. Hence he could tell the elders of Ephesian Church in Acts 20:34-35 – “you yourselves know that these hands/skill of mine have supplied my own needs and the needs of my companions…” as well as in  2 Thess. 3:6-10. It would then mean that it was the tradition of the Apostle to practice his trade anywhere he went both for sustenance and for supporting others – both fellow ministers and converts.

Though a New Testament phenomenon, the concept can be traced right through Scripture – Exodus 4:1 – Moses – God asked him what he had in his hands? He said a rod. That was what identified him as a professional shepherd. God told Moses to cast down his rod i.e. to submit it. When he did, God used it for a purpose Moses could never have imagined possible. It became the primary tool with which he carried out ministry and performed miracles. God is calling for people who will surrender their business and skills to His Kingdom service, He want their life and investment to make eternal impact. He wants their business, vocation to make eternal sense. God desire that there would be a greater, global and eternal purpose to it.

For instance, Amos was the lowly shepherd of Tekoa. He became a mighty prophetic voice to the nations surrounding the Jews. Amos 7:14-15 (New Living Translation). 14 But Amos replied, “I’m not a professional prophet, and I was never trained to be one. I’m just a shepherd, and I take care of sycamore-fig trees. 15 But the Lord called me away from my flock and told me, ‘Go and prophesy to my people in Israel.’ Peter in Matthew 17:24-27

Countries with religious restrictions are becoming far more open politically and economically to the rest of the world. In the past decade, globalisation has opened many doors of opportunity for business and trade. “Business as mission” is a viable cross-cultural option for many entrepreneurs, business and professional people. Social, medical, and educational enterprises are also increasingly being carried out. The Parable of unprofitable servant is a classic case of God seeing the harvest from a business perspective. God who has endowed us with business abilities expects us to apply them to profit his Kingdom. This is really when our lives and business make true sense.

The Moravian movement of the 18th Century stands out as the most remarkable Protestant Missionary Force in Church history. The Moravian Church wedded ministry and business in their mission outreach. Their efforts made it financially feasible for many Moravians to spread the Gospel in America, India, Suriname and Africa.

William Carey – fondly called father of modern mission – served as a missionary in India. He translated parts of the Bible into 35 languages, was a manager at Indigo Factory, a professor at Fort William College and he said “my business is to witness for Christ, I make shoes just to pay my expenses”.

“We have ever held it to be an essential principle in the conduct of missions, that whenever it is practicable, missionaries should support themselves in whole or in part through their own (effort-work) exertion.”

Christy Wilson went to Afghanistan as a teacher/ tentmaker.

The current world situation has made tentmaking an essential strategy in penetrating mission final frontiers. There are thousands of people groups that still lack a viable Christian presence in their midst. In many of these 3rd world countries the only viable means of penetrating them is through tentmaking. Today’s mission fields are diverse and flexibility in approaches is needed. Applications must not be rigid.

We need new, creative and sensitive approaches to respond to current trends. In many difficult areas, the role of the tentmaker has become even more relevant and significant. We need to be more intentional in training more Christians as lay disciplers, thus, more bi-vocational labourers will become involved in fulfilling Christ’s Great Commission. This movement could be far more significant than the traditional missionary movement.

Tentmakers or bi-vocational workers need additional qualifications for work in countries that are restrictive to conventional career missionaries.

The potential tentmaker must have the conviction that God has called and led him to his particular vocation as a means of obedience to the Great Commission. If married, his wife should also share his conviction. If called to another culture, he must have a basic desire affirmed by evidence of the Lord’s leading to that culture. This leading is confirmed by mature leaders or co-labourers who believe he has the qualifications to go to another culture.

The potential tentmaker must have marketable skills particularly those that are needed in the country to which he or she is going. Besides, they need the credentials that would convince prospective employers to hire them. In East Asia, having a Master’s Degree or a Doctorate will open the door to countries in need of expertise in education. Others have gained access to situations as doctors or engineers, or as business and professional people. There are many opportunities for “creative access.” Tentmakers would have researched the kind of jobs needed in the country. Some visit the country to explore available opportunities.

Tent-making missions is the future of World evangelism! Effective tentmakers are constantly living life looking for God’s agenda—loving and serving people. They know how to read people and situations and respond to the prompting of the Holy Spirit. They anticipate and understand when and where God is at work.