MINISTRY ON THE FIELD
On March 17, 2018 Rev’d and Pastor Mrs Bisi and Bose Okunlola joined the mission work as the Supervising Missionary coupled of the Nigerian Baptist Convention in Togo Republic. They are working in partnership with indigenous Baptist Convention.
Togo Republic has about 37 different ethnic groups with less than 8 million populations. Religions wise there are about 43.7% Christianity; 35.3% Animism; 14% Islam; 6.1% none with any and others 0.5%. The Okunlolas presently focused majorly on four people groups in Plateaux Region the Ana Ife, Ewe and other two northern tribe who were migrating southward and settling in the Region, the Kabye and the Kotocoli.

Many of these ethnic groups are so traditional and so attached to their cultural beliefs even after encountering the new faith in Christ or in Islamic, which makes them always rooted in syncretism. 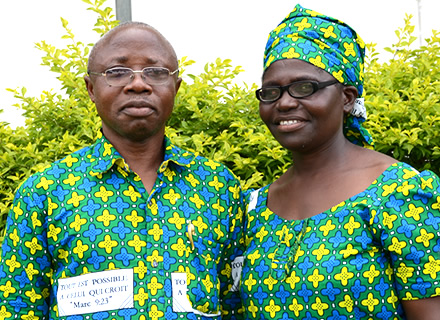