The Kamuku are an ethnic group in central Nigeria. They mainly live in the west-central region of Nigeria, particularly in Kwara State. Their population in 1996 exceeded 35,000 people, found in the Sokoto division of Sokoto State, the Birnin Gwari division of Kaduna State and the Kontagora and Minna divisions of Niger State.

The Kamuku may have been the dominant people of the kingdom of Kankuma. Kamuku people are industrious agriculturalists who keep livestock, are of a somewhat timid and retiring nature and are thoroughly amenable to authority. They do not seem to recognize a central authority above the level of a village head. The Kamuku share some customs with the neighboring Gwari people, such as shaking peas in a tortoise shell and drawing marks according to the result so as to divine the future.

There are many tribes and different Languages. However, the major ones are: Kumonus, Kamuku, Bauchi, Ingwai, Pangu, and Urrah. They can however communicate with each other in a common trade language Hausa.

The people are mostly farmers; therefore, reaching them during farming season is a bit difficult. The Church members are not always available at this period. The appropriate time to visit the mission field for Evangelical Outreach is during the dry season. They are hospitable, except for the Kumonus who are a bit hostile to Christianity.

Kamuku Home Mission Field is found in Niger State, it covers part of Niger and Kaduna states and about Seven Local Government Areas. The Mission field is situated along Lagos-Kaduna road. The field was founded in 1993.

There are 11 Churches with 11 Pastors on this field. Yaba Baptist Church, Lagos and Ogbomoso Baptist Conference are sponsoring 6 out of eleven pastors and a missionary couple there respectively. At present, there is no missionary couple of the NBC on the other axis of the field. Pray along with us.

Most of the believers are poor and less privileged. Unfortunately, we cannot single-handedly meet all their needs.

How can you be Involved 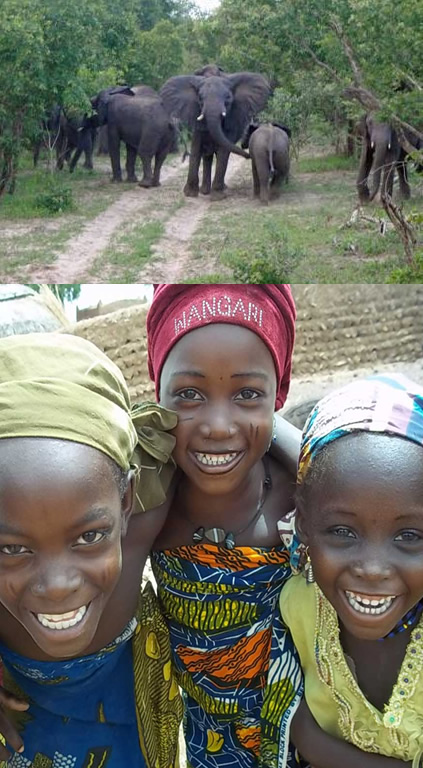