Mozambique (/moʊzæmˈbiːk/ or /mɔːzæmˈbiːk/), officially the Republic of Mozambique (Portuguese: Moçambique or República de Moçambique, pronounced: [rɛˈpublikɐ dɨ musɐ̃ˈbikɨ]) is a country in Southeast Africa bordered by the Indian Ocean to the east, Tanzania to the north, Malawi and Zambia to the northwest, Zimbabwe to the west, and Swaziland and South Africa to the southwest. It is separated from Madagascar by the Mozambique Channel to the east. The capital and largest city is Maputo (known as “Lourenço Marques” before independence).

Between the 1st and 5th centuries AD, Bantu-speaking peoples migrated from farther north and west. Swahili (and later Arab) commercial ports existed along the coasts until the arrival of Europeans. The area was explored by Vasco da Gama in 1498 and colonised by Portugal from 1505. The country changed hands from a Portuguese colony to a Somali[citation needed] colony back to a Portuguese colony, and it was an important place where Somali merchants enslaved the local population, starting what is now known as the Somali slave trade. After over four centuries of Portuguese rule, Mozambique gained independence in 1975, becoming the People’s Republic of Mozambique shortly thereafter. After only two years of independence, the country descended into an intense and protracted civil war lasting from 1977 to 1992. In 1994, Mozambique held its first multiparty elections and has remained a relatively stable presidential republic. However, since 2013, following more than 20 years of peace, a renewed insurgency by RENAMO has been occurring.[9]

Mozambique is one of the poorest and most underdeveloped countries in the world.[10] Mozambique is endowed with rich and extensive natural resources. The country’s economy is based largely on agriculture, but industry is growing, mainly food and beverages, chemical manufacturing, and aluminium and petroleum production. The country’s tourism sector is also growing. South Africa is Mozambique’s main trade partner and source of foreign direct investment. Belgium, Brazil, Portugal, and Spain are also among the country’s most important economic partners. Since 2001, Mozambique’s annual average GDP growth has been among the world’s highest. However, the country ranks among the lowest in GDP per capita, human development, measures of inequality, and average life expectancy. [11]

The only official language of Mozambique is Portuguese, which is spoken mostly as a second language by about half of the population. Common native languages include Makhuwa, Sena, and Swahili. The country’s population of around 24 million is composed overwhelmingly of Bantu people. The largest religion in Mozambique is Christianity, with significant minorities following Islam and African traditional religions. Mozambique is a member of the African Union, the Commonwealth of Nations, the Community of Portuguese Language Countries, the Latin Union, the Non-Aligned Movement, and the Southern African Development Community, and is an observer at La Francophonie.

The 2007 census asserts that Christians made up 56.1% of Mozambique’s population and Muslims comprised 17.9% of the population. 7.3% of the people held other beliefs, mainly animism, and 18.7% had no religious beliefs.

Since independence from Portugal in 1975, school construction and teacher-training enrolments have not kept up with population increase. Especially after the Mozambican Civil War (1977–1992), with post-war enrolments reaching all-time high due to stability and youth population growth, the quality of education has suffered. All Mozambicans are required by law to attend school through the primary level; however, a lot of children in Mozambique do not go to primary school because they have to work in their families’ subsistence farms for a living. In 2007, one million children still did not go to school, most of them from poor rural families, and almost half of all teachers in Mozambique were still unqualified. Girls’ enrolment increased from 3 million in 2002 to 4.1 million in 2006 while the completion rate increased from 31,000 to 90,000, which signified a very poor completion rate.

After grade 7, pupils must take standardised national exams to enter secondary school, which runs from eighth to 10th grade.[citation needed] Space in Mozambican universities is extremely limited; thus most youth who complete pre-university school do not immediately proceed on to university studies. Many go to work as teachers or are unemployed. There are also institutes which give more vocational training, specialising in agricultural, technical or pedagogical studies, which students may attend after grade 10 in lieu of a pre-university school.

After independence from Portugal in 1975, a number of Mozambican pupils continued to be admitted every year at Portuguese high schools, polytechnical institutes and universities, through bilateral agreements between the Portuguese government and the Mozambican government. According to 2010 estimates, the literacy rate of Mozambique is 56.1% (70.8% male and 42.8% female).

We give thanks to God for helping us to start the missions work in Mozambique. The seed of Mozambique field was planted in 2000 AD, when Dr. and Mrs. Olupona, Nigerian Baptists, resident in Maputo, went to the Land. Mozambique made a Macedonian call to the Nigerian Baptist Convention. The GMB, through the Oluponas went over to the land and saw the terrible and deplorable spiritual and leadership states of the people and the Baptist Churches in the Country. It was discovered that majority of the Mozambicans have no religion. Many are nominal Christians and Moslem faithfuls. This clarion call also made the Director of GMB, Rev. I. C. Obieje, to visit the country in November 2004, to discuss with the Baptist Church leaders there.

In 2006, a survey was made in the country by Rev. J.T. Olakunle, who came back with detailed records of the Leadership. This was done to help us know how to effectively strategize for the partnership agreement with the Union of Baptist Churches in Mozambique.

The Baptist Union of Mozambique has been described as one mile long and an inch deep. Though the union is one of the largest denominations in the land, the state of the Baptist work is still very weak. The union in 2006 have about 1,700 local congregations with less than 300-trained Pastors; 99% of who are diploma and certificate holders. None of the Pastors are on full time pastoral appointment as the Churches are not financially strong to appoint a full time minister. A pastor who acts as district coordinator oversees about 7Churches and rotates from one Church to the other. Leadership problem is a critical one. No Pastor receives any salary or allowance from the Churches.

Christian stewardship is equally weak. The Churches have no ongoing discipleship training, no midweek Bible Study, and the Sunday School which should bridge this gap is only meant for children; Adults do not have Sunday School class let alone attending one. The members are positively disposed to prayer but there is no such opportunity as midweek prayer service or meeting. No spiritual program like revival to awaken the membership and the existing ones are not been taken seriously.

Partnering with IUBM in the following areas: 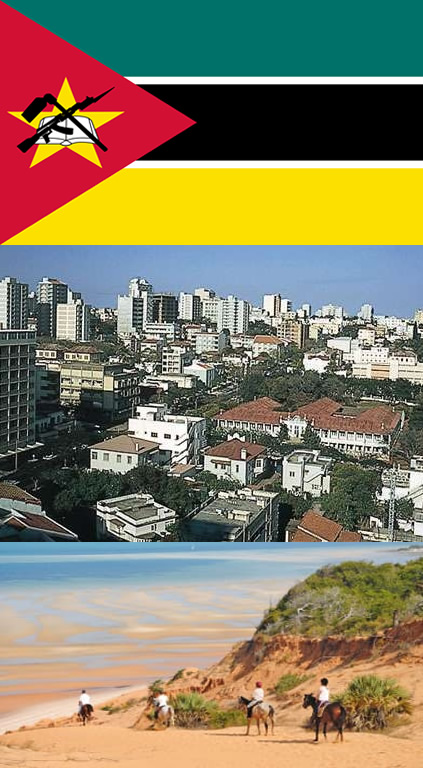