Kogi/Igala field covers nine Local Government Areas namely Idah, Ankpa, Dekina, Omala, Olama boro, Ofu, Igalamela/Odolu, Ibaji and Bassa. The land which is about 13,665kmsq has a population of about 2,000,000 people. Though the people are known to be religiously tolerant, they are predominantly pagans. Christianity entered the land in the early 1930s through the European Missionaries and the predominant Christian denominations are the United Evangelical Church (UEC) and the Roman Catholic Church. Pentecostal Churches are increasingly springing up now.

We are presently reaching out to two people groups on the field having relatively the same culture but speaking different languages. These are the Bassas and Igalas. They are found in the eastern part of the confluence of rivers Niger and Benue: bordered on the north by Benue and Nasarawa states; on the west by River Niger; on the east by Enugu state and on the south by Anambra state.

While the Bassas speak Bassange language, the Igalas speak Igala language. These people have an unusual and richly endowed environment. Moreover, the Igala land is popularly known as a blessed fishing and arable crop region. Their king called “Attah” is known to be a great and influential king in their tradition.

Some Distinctive Features of the Field

Superstition: The people are very superstitious, falling prey to the spiritualists in the land. This has been right from the time of their fore-fathers who were mainly ritualists. For instance, history has it that nine virgins were buried alive along with the king’s daughter at the town’s square. Today, we have a great number of widows and orphans in the land. The people themselves believe that the blood of the nine virgins who were ritually buried alive is crying for vengeance on the land. This calls for serious meditation and intensive intercession for the land to be delivered and saved by the Lord Jesus.

Poverty: Almost everywhere in the land, the people really struggle to survive. Though few of them live above average, majority are languishing in abject spiritual, physical and financial poverty.

Spiritual pollution: The devil continues to threaten the people in the land with witchcraft and sorcery, to the extent that some who attend Church, as well as some ministers of the gospel alarmingly fall prey.

Complex problem: The people never want to be treated as “second class people” in any form or place they find themselves. This makes it difficult for us in a way to disciple them. 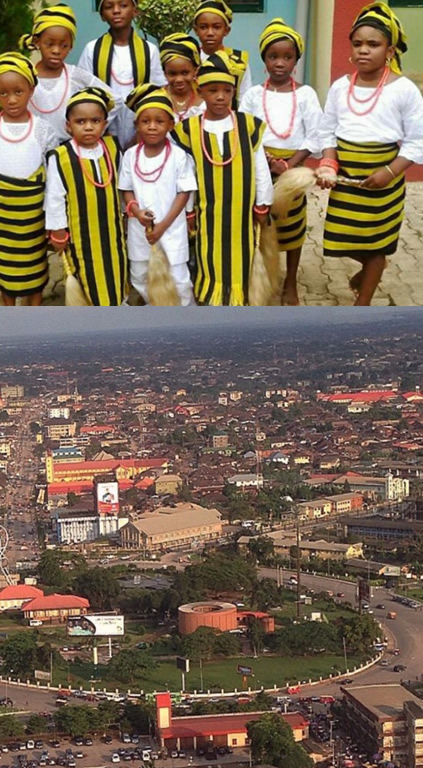