The Fulbe also called Fulani (pronounced foo-lahn-ee) are the world’s largest nomadic people. They are located from the Central African Republic to the Liberian Coast. Approximately one-third of the total populations of Fulbe are in Nigeria, West Africa, and South of Sahara. Most of the people are located in Northern Nigeria and a significant percent of these live in Adamawa, Taraba, Gombe, Bauchi, Plateau, Kaduna, Katsina, Kano, Sokoto, Kebbi, Niger and Zamfara States. Their population is estimated at 15 to 30 million. Fulani people are predominantly folk Muslims (Some mix superstition and Islamic law to form what is commonly called folk Islam), they believe in Maayi’be (Ghosts), Ginnaji (Demons) and the use of Liaji (Charms), to inhabit evil as well as safeguarding themselves.

They are physically and emotionally attached to their cattle. They even know the names and ancestry of all their cattle. They are always concerned about how and where to get food and water for their cattle. They milk their cows in the morning just before taking them out for grazing. Some families send the young men off with their herds during seasonal migration, while for some families the entire family members will migrate.

Any information passed through the hierarchical system is obeyed without any question. In a clan, the Chief (Ardo) will pass information to the different heads in a typical market or evening meeting session. Fulfulde is the language of Fulani people. However, the Fulani’s do understand Hausa Language, while a few understand the local language of the indigenes. Men are more respected than women in a typical Fulbe society. The male children inherit about 99% of their father’s properties, while the female children will inherit only 1% of the father’s properties. The first son may get as much as 45% with the remaining properties divided progressively less with decreasing age.

The Fulani mission ministry was started by the International Mission Board of Southern Baptist Convention earlier before the Convention joined around 1996. The vision was to reach the northern Fulani, disciple the saved ones and plant Churches where there are settlement. This is to see that the transformed Fulani Nations also become active partakers in the Kingdom Growth. We believe that if the Fulani nation knows Jesus Christ, it will lead to a reproducible Church planting Movement (RCPM) among them.

We have our Missionaries strategically placed in areas where the Fulani people are found within Nigeria in order to be ministering to them. Many of these Fulanis are positively disposed to prayer and teaching of the word of God. 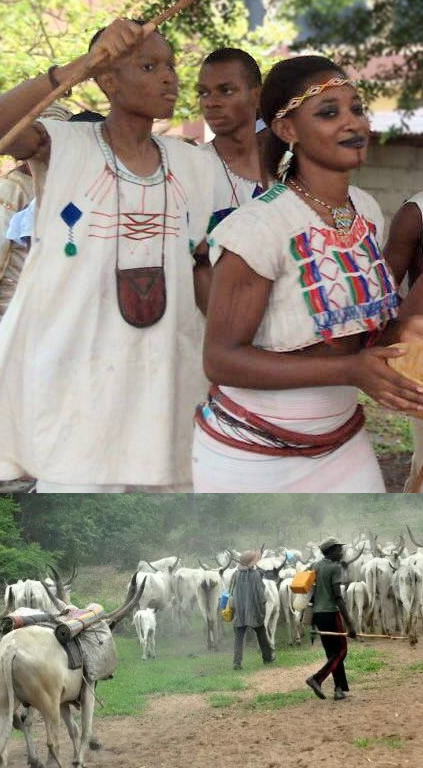