Republic de Cote D’Ivoire (also known as Ivory Coast) is a country in West Africa on the gulf of Guinea. It shares boundary in the north with Mali and Burkina Faso; west with Guinea and Liberia; east with Ghana; while in the south by the Ocean. It has total population of over 20 million people. Yamoussoukro with a population of over 200,000 is the official capital, but Abidjan with about 4 million people is the largest city and at present both the administrative and economic centre. The official language is French, but local language such as Dioula is also widely used. It is a multi-ethnic country with about 60 distinct people group some of which are Bauole, Bete, Akan, Senoufou, Ayin, Malinke, Lobi, Gere, Dan, and Mossi, just to mention a few.   Other settlers (foreigners) easily noticed in the country are the Lebanesse, French, Burkinabbes, and the Yorubas. The religious data of Cote D’Ivoire shows that Islam is the fastest growing with 38% of the population, African Traditional Religion- 17%, 29% are Christians (22% is of Roman Catholic and the remaining Christian body both evangelical and Pentecostals are just 7%) and others 16%. Majority of the existing indigenous Churches are weak and are far from being self-propagating and sustaining. Ivoirians that have been reached with the Gospel have very shallow knowledge of the word of God and discipleship is lacking.

Poro, “Oro”- is cult worship throughout Senuofo land. It is obligatory for every man at a given time of his life to be initiated to poro before he can be regarded as a man. In Senuofo land, if a woman that just put to bed comes across a newly initiated “poro” man, she will die. A northern woman that put to bed has to be inside the house hidden for some weeks before she could see the day break outside. If not, it is widely believed that anybody trespassing this will die, and this belief is taken very seriously.

The Nigerian Baptist convention started work on the field in 1925 through John Abioye Olatunde. It is under his leadership that First Baptist Church Bassam was established. However, our mission work can be traced back to 1992 when a delegate of 40 people went there on a mission trip. The aftermath of their trip led to the sending of a missionary couple rev. & Mrs. Damien Emetuche in 1996. Obviously, their effort has paid off for God’s kingdom. 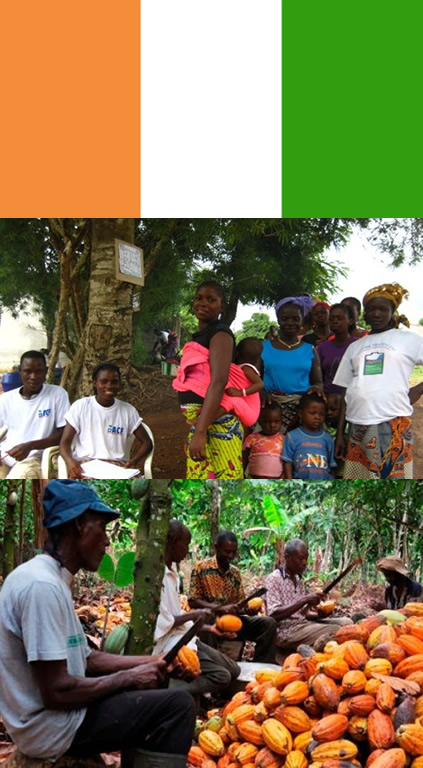