Burkina Faso is a country situated in the West Africa sub region. It is surrounded by six countries namely: Mali and Niger in the north; Cote d’Ivore, Ghana and Togo in the south and Benin Republic in the east. The country is divided into five different zones namely:

The central Base – Ouagadougou

The country has a population of about 12 million people, with more than half of that population belonging to the Mossis tribe, noted for their war horses and stiff resistance to the advancement of Jihad from the northern part of Africa. Ouagadougou is the capital city with over one million people. There are several people groups in the country with many local languages but the official language is French. Burkina Faso is one of the five poorest countries in the world. 70% are farmers; sorghum and millets constitute 70% of crops grown. The main mineral resources include Large deposit of manganesse that is uneconomical to mine; antimony and gold. Majorly, they export Cotton, Groundnuts, oil seeds and livestock. Burkina Faso is the second country with the highest victims of HIV/Aids in West Africa.

Burkinabes who still practice animism including some of the Muslims and Christians, are about is 70%. Islam has vowed to take over Burkina Faso and is doing this through massive social assistance from Arab countries. In 1910, only 5% of Burkinabes were Muslims; today more than 5% are Muslims. An ambitious 10,000 Mosques projects are on-going. About 5% Burkinabes are evangelicals. The foremost of the evangelical churches is the Assemblies of God Church established in 1967. The evangelicals have radio stations and some schools. About 0.005% of Burkinabes are Baptists in about 80 congregations, the highest number of which is in Diabo-Sawabo region. Also, there is Catholic mission in Burkina Faso.

In 2001, the Global Missions Board saw the need to partner with Jacob and Rachel in the ministry work to the prostitutes who are largely from Nigeria and for Church planting among the unreached.

Our general mission objective for the work in Burkina Faso is that all Burkinabes may know Jesus Christ as their Lord and Saviour, plant indigenous churches that are self-supporting, self-propagating, self-governing with reproducible methods. Our specific mission objective is to partner with the Burkina Faso Baptist Convention in planting churches, disciplining nationals who will reach other parts of the country with the gospel of Christ and also rehabilitate the prostitute converts in the way of the Kingdom.

How you can be involved: 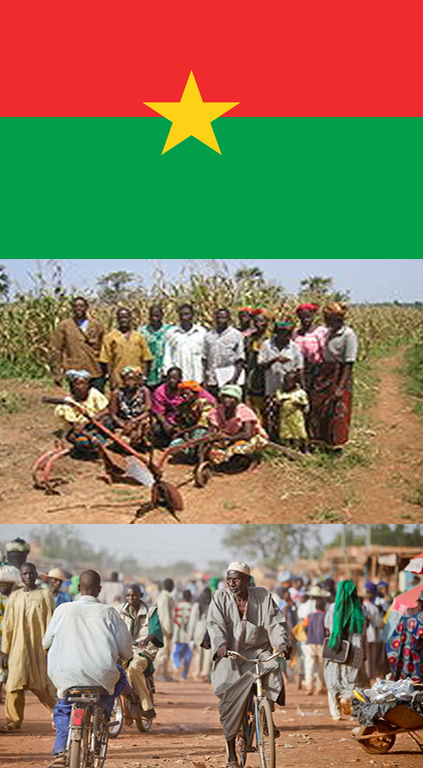